With solar panels, you can save hundreds of dollars annually on your energy bills. There are many parties that sell and install these panels. Since the beginning of May 2019, the characteristic blue company Coolblue has joined these parties. So now Coolblue regularly sells and installs solar panels. In addition to gadgets, laptops and white goods, this growing company now sells Coolblue solar panels. Ordering these solar panels from Coolblue has a number of advantages. On this page you can read more about their solar panels, service and about the installation process. 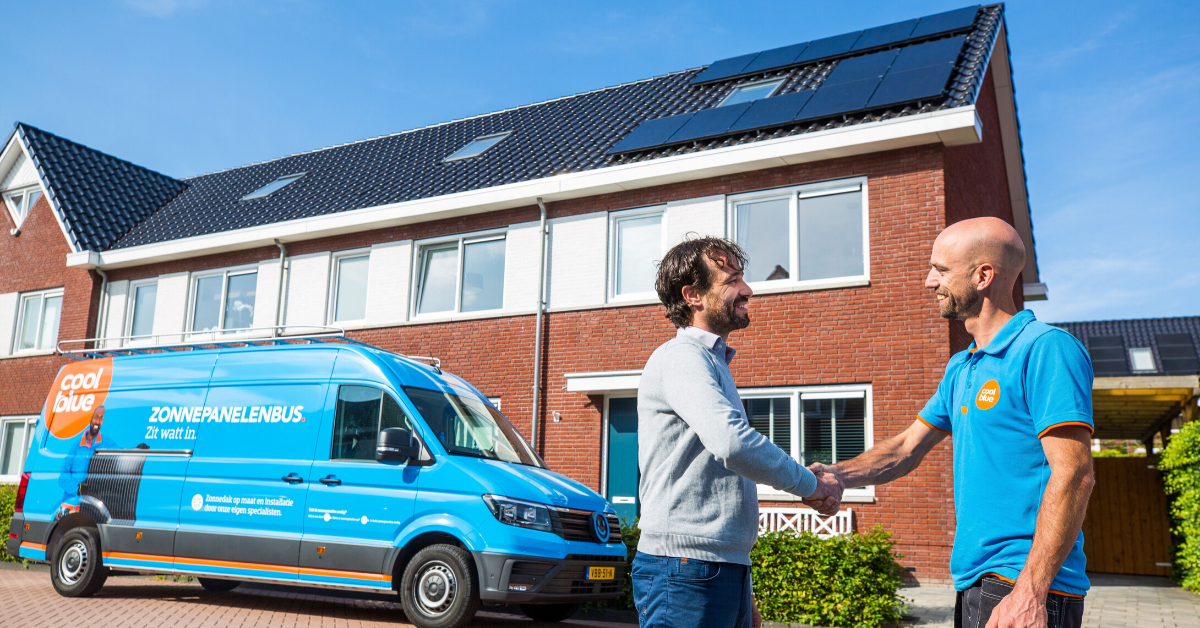 Coolblue sells, supplies and installs solar panels. as always, they do this with a smile. The company announced this new development in May 2019. You can watch the announcement of Coolblue solar panels in the video below:

Coolblue solar panels have a capacity between 300 and 400 watt peak. When you order solar panels from Coolblue, you get personal advice, Coolblue designs the solar roof with you and it is installed within a day. Moreover, after the installation you can always contact Coolblue.

In addition, the Coolblue solar panels are the latest available and these the of good quality. The company even has these solar panels on their own roof of the mega warehouse in Tilburg.

Coolblue proves that the Coolblue solar panels are of good quality. They do this by using their panels to build a solar roof on the warehouse in Tilburg.
The roof has an area of over 88,000 square meters. That’s about 20 soccer fields. In their own words, this gives the e-commerce company the largest solar roof in the Netherlands. 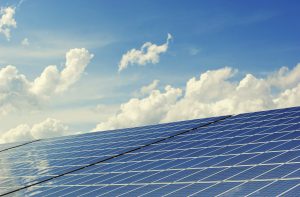 In this way the power of their warehouse is generated by themselves. The warehouse in Tilburg is also energy positive due to the solar roof. This means that the panels produce more green power than the warehouse needs. Therefore the solar roof generates enough green power to supply all physical stores and the electric bicycles of CoolblueFiets with good, green energy.

The Coolblue solar panels are thus used by the company itself. In this way Coolblue makes itself even more sustainable.

How much do Coolblue solar panels cost?

Hence, Coolblue wants to talk to you about the previously mentioned factors first before making any promises. That’s why you won’t get the price of these solar panels until after your consultation. 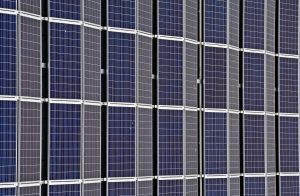 Coolblue is known for their great service. “Everything for a smile” is the well-known slogan of this company. This service you can also expect when you order solar panels from them. Besides the famous Coolblue service, there are more advantages if you buy solar panels from Coolblue and let them be installed by them:

At solarpanels.coolblue.co.uk you can request a free roof check. This roof check is free and non-binding. Based on this roof check you will receive personal advice from a Coolblue advisor. You can also easily find out whether your roof is suitable for solar panels.

You can request this free roof check in 4 simple steps:

Coolblue is one of the companies that has benefited from the Corona pandemic. By 2020, the company has seen its sales increase from 1.5 billion to 2 billion. The online store for consumer electronics has benefited greatly from the coronapandemic. Because the Dutch had to work from home en masse, most employers were looking for solutions for home workstations last year. For example, office chairs and keyboards were in short supply. In addition, all non-essential stores were closed, so everyone had to look online for solutions.

Besides Coolblue solar panels you can also go to Coolblue for charging stations, they sell and install this. For business customers, Coolblue has set up the home office stores. The home office stores is a service that offers a whole range of office atributes. This allows employers to set up home workstations for their staff. In the Netherlands and Belgium this has already been done for about 50,000 employees.

The Rotterdam-based company Coolblue did not only benefit from online sales during this corona pandemic. They also stepped into new markets, such as the sale and installation of charging stations. By now the company has equipped 2,200 roofs with Coolblue solar panels, the web retailer recently announced that they will soon be supplying electricity and gas as well.

In 2019, the web retailer opened stores in Leiden, The Belgian Hasselt and also its own flagship store in Brussels. In addition, the bicycle network was rapidly expanded, the so-called CoolblueFietst. Meanwhile, orders are already delivered to customers by bicycle in more than 20 cities. This comes in a paper shipping bag.

Also in 2019, Coolblue made the move to Germany where another 1,500 employees joined… In the Rhine-Ruhr area, the online retailer currently has its own delivery network, installation service and bicycle network, The company will also open a physical store here.

Coolblue gets another successful technology company from Dutch soil. In recent years, payment company Ayden and meal delivery company Takeaway, among others, went public. And this has been successful; The market capitalization of both companies has multiplied since their introduction.

Coolblue started as a seller of mp3 players to the Coolbue solar panels. Since then, Coolblue has grown into a comprehensive online store with a total of 6,000 employees. During the corona crisis, the company provided a total of nearly 50,000 employees in the Netherlands and Belgium with comfortable home workstations.

CEO Pieter Zwart founded Coolblue in 1999 with his friends Paul de Jong and Bart Kuijpers. The student wanted to buy an mp3-player but couldn’t find it anywhere. So the three friends decided to build their own website to sell the music players. This became an immediate success. In the years that followed, it grew into an empire with more than 300 online stores. When the umbrella name became more famous than the individual stores, they merged them in 2018.

2016, Coolblue attracted an external shareholder for the first time. The Rotterdam investment company HAL, also owner of the FD Mediagroep, took a 20 percent stake. In the years that followed, that stake increased step by step to 49 percent. as HAL and Zwart bought out co-founders De jong and Kuijpers.

According to Pieter Zwart, HAL’s arrival was primarily necessary for professionalization, and not because of financial distress. Unlike many other fast-growing technology companies, Coolblue is profitable.

Daniel Ropers, former CEO Bol.com says, “I can appreciate that Pieter and his co-founders have always done it on their own, without an investor to fund losses. Coolblue has a compulsive obsession with execution. They know very well where they want to go, and they execute it super tight. I can clearly see Pieter’s hand in that.” Daniel Ropers understands the company’s desire to go public. “The valuations on the stock market are high and there is a lot of money available. Investors have a lot of demand for this type of company: active in a sector that has a future, a history of growth, a good market position and plenty of ideas where there could be growth in the future.”

“It’s handsome how quickly Coolblue has become a trusted brand I,” says retail expert Frank Quix. “That’s because of the way they embrace the customer and deliver service. I think they have quite a lot of customers who come back often, Fat you don’t do for the price: for that, a competitor like Amazon is now the better option.”

Pieter Zwart, CEO of Coolblue indicates in a video message that the company is “thinking very hard” about going public. Several sources note that the knot has already been tied, however, and that accompanying banks have been appointed. The main roles, according to these sources, are reserved for Goldman Sachs, Barclays, Rabobank, ING and ABN Ambro. Pieter Zwart expects the growth of the online store to continue in 2020 and 2021. He wants to open more stores, invest in modern warehouses and grow further with charging stations, Coolblue solar panels and the supply of electricity.

Still, Bol.com remains on top in 2020, whose turnover in 2019 already pretty much reached 2.8 billion euros. Nevertheless, Pieter Zwart is not lacking in new expansion plans. For example, he announced that in addition to white goods and electronics such as the Coolblue solar panels, they will from now on also supply electricity and gas. For this purpose Coolblue has taken over energy supplier ServiceHouse. in 2020 the company has significantly expanded its own infrastructure. Translated with www.DeepL.com/Translator (free version)