There are several options to subsidize solar panels. Below you will find a number of possibilities.

Do you have quake damage? And are you a homeowner in the earthquake area? With a damage of 1000 euro or more, you will receive 4000 euro from the NAM for e.g. solar panels, solar water heaters or solar collectors. That is actually 100% subsidy solar panels!

Did you receive an offer letter from the NAM this year and would you like to submit an application? Pay close attention when submitting an application whether you fall under the Value-Added Scheme or Pilot Project outside the NAM area.

You can submit your application until 31 March 2022. More information can be found at https://www.snn.nl/alle-subsidies/subsidie-waardevermeerdering

An energy collective (group of residents and/or companies) in the province of Groningen can apply for a solar panel subsidy for organisation and process costs that are incurred at the start of the energy project. For example, the costs of room hire and catering for residents meetings, flyers for promotion, member recruitment activities, feasibility studies, setting up a cooperative and the development of a business case.

For social initiatives, a total of 25 million euros will be available in the form of loans through the ‘Fonds Nieuwe Doen Groningen’. This fund supports projects focused on care, quality of life and energy.

.
For investments in the field of energy 10 million euro is available of the total budget of 25 million euro.

The Groningen New Doings Fund is open to companies, governments, institutions and organizations such as foundations and cooperatives. Private individuals cannot obtain a loan from the fund.

.
Applications for a subsidy for solar panels can be submitted via the Fonds Nieuwe Doen Groningen. On the website of the New Doing Fund Groningen you will find more information about the scheme and all the conditions. There you can also apply for the loan.

The Energy Savings Loan is an attractive option for financing energy-saving investments in or on your own home. Also VVE (Owners Associations) are eligible for this scheme (subsidy solar panels). This applies not only to solar panels and solar water heaters but also to many insulating measures.

Through a financial contribution from the province of Drenthe, the Energy Savings Loan is available from 1 January 2017 with a low interest rate. The amount of the interest rate depends on the loan amount but you can borrow from as little as 0.5%. Possibly you can also deduct the interest costs from the tax. Then you borrow almost for free. The maximum loan amount is € 25,000, – but can in the ‘zero on the meter’ package double to € 50,000, -. It is not actually a subsidy solar panels, but an incentive to the investment in solar panels as possible.

Furthermore, there is the so-called Zonnelening Drenthe 2019. If you are a resident of Drenthe and want to generate your own energy, you may be able to take advantage of this scheme. Until November 30, 2019, you can make an application. With the scheme you can get an interest advantage on your loan.

The purpose of the Fûns Skjinne Fryske Enerzjy (FSFE) is to finance projects that focus on energy savings and/or sustainable energy production. Think for example of geothermal energy, solar energy, insulation of houses or electric transport. So an ideal subsidy solar panels!

Submit your business plan to the FSFE

.
At the end of 2014, the province made € 90 million available to the fund to make Fryslân as sustainable as possible. Currently, about half of the fund has been invested in more than 40 projects. In the coming years, FSFE aims to finance around 20 new projects per year. The FSFE is interested in receiving business plans for promising projects that have a proven greenhouse gas reduction potential. The FSFE employs specialists that are trained to assess business plans. If the plan is not complete, the FSFE team can provide limited support to further develop the business plan.

.
The FSFE provides funding such as loans, guarantees or equity with a minimum of €50,000 and a maximum of €15 million per project. The FSFE does not provide grants, it only provides financing in line with market conditions.

Examples of loans already granted can be found on the FSFE website. You can also find the investment criteria and contact details there. For more information click here.

.
With the favorable Energy Savings Loan from the National Energy Savings Fund you can finance energy saving measures for your home. For the Home Owners Association there is a special Energy Savings Loan. More living comfort, lower energy costs, maintaining or increasing the value of your home and you are doing your bit for the environment. Want to know more? https://www.energiebespaarlening.nl/

SDE+ subsidy is meant for companies and this subsidy can amount to a maximum of 10.6 eurocent per generated kilowatt hour. SDE is duration very suitable as a subsidy solar panels. Applications are often done for you free of charge by the suppliers of solar panels. Is this grant once awarded then you will receive for 15 years a fixed fee per kilowatt hour generated. This subsidy requires a large connection to the grid which is often specially requested for this if you as a company do not already have.

Apply for a subsidy from the Wadden Fund

The Wadden Fund currently has two grant schemes for which you can apply.

Wide opening >> for the eight main themes of the Wadden Fund

As of January 2016, additional subsidy for the removal of asbestos roofs has been made available by the government. The subsidy amounts to € 4.50 per m2 of asbestos roof removed with a maximum of € 25,000 per address. You can only qualify for the subsidy if the area of the inventoried asbestos roof is more than 35 m2. 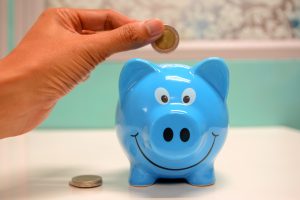 Phasing out subsidy for solar panels in doubt

At the moment it is not yet clear whether as of 2023 the net metering scheme for subsidizing solar panels will be phased out. A bill has been introduced in the Lower House by Eric Wiebes. Eric Wiebes has been Minister of Economic Affairs and Climate until January 15, 2021. Due to his departure, the proposal for subsidy solar panels has been declared controversial, this may make its implementation a problem.

Initially it was intended that the House of Representatives in this period would still agree to the plan to gradually phase out the salder scheme from 2023 to 2031. Because the government has fallen, the parliament wants the newly elected members of parliament to vote on this after the elections. There is then a chance that the scheme will still be extended, but also that the phase-out will be faster or slower.

Bobby Raghoenath, tax lawyer of the Dutch Home Owners Association, says: “We hope that the new House of Representatives will continue the net metering regulation as it is. Clarity is needed. Homeowners want to know how quickly they can recoup the panels with a lower energy bill.”

The energy bill is stripped away on the electricity delivered back from the panels. As a result, you pay the supplier for that part with no costs and no tax. We call this balancing.

According to the proposal of Eric Wiebes, the amount of power you can offset against each other is slowly decreasing. Until 2031, consumers will only receive the feed-in compensation for the power they feed back to the energy network. This amount is considerably lower and differs per provider.

The balancing subsidy scheme for solar panels is currently seen as a great success. Despite the corona crisis, the Dutch solar sector grew last year by 41% in the Netherlands. The annual National Solar Trend Report by research firm Dutch New Energy shows that 2.9 gigawatts of solar panels have been installed. That’s more than one million homes, 1 in 8 homes have solar panels to be exact. Apart from Germany, there is no other country with so many panels per inhabitant and the expectation is that the Netherlands will also overtake Germany, especially if we continue at this rate.

Netbeheer Nederland spokesperson sees problems in the implementation of the law if the decision-making process takes too long: “It is essential that we now start working on local storage and making generation and consumption more flexible, but thanks to the controversial decision this has been put on hold again. It creates unnecessary uncertainty. There is now no obligation for consumers to accept a smart meter. We are going to try, but an incentive is now lacking.”

The trade association for energy suppliers, Energie Nederland, has a double feeling about the postponement of the phase-out as stated in the bill. If it were up to them, the balancing regime would be phased out in a different way. Marieke Visser, Energie Nederland;

“As far as we are concerned, the net metering system will be phased out, but not in the way that has been devised. It makes it difficult for consumers to understand. Not every energy contract runs from January to December, so percentages get mixed up. In addition, we cannot register whether the returned power is green or gray, and balancing slows down innovation for batteries that store the power they generate at home. Finally, we find it unfair that part of the cost of the balancing regime now falls on people without solar panels.”

The Ministry of Economic Affairs let it be known that they await the political decision. But still stands behind the plans to reduce the subsidy. Solar panels are becoming cheaper, so the subsidy is no longer needed, a spokesman reasoned. Researchers from TNO and Milieu Centraal assume that the average payback time remains seven to eight years, even without subsidy.